You may all remember my blog post about Snipping A Budding Cat Colony. That was my first introduction of the two, and eventually the three kittens, who became our fosters. 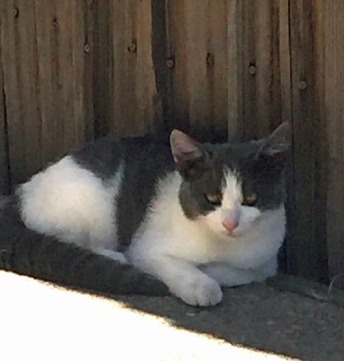 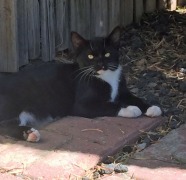 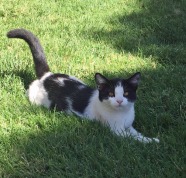 The beginning of our foster experience started with Mom L and Dad P offering to help the caretakers of the Snipped Budding Cat Colony. Next thing TKS and I knew Mom L was bringing the two five-month-old boy cats into MY CASTLE!!

I had to let my readers know about this outrage in my blog post about becoming fosters! The very idea of some cats living with Mom L in  our office!

The two boys, Rocky, the tuxie boy, and Jessie, the white and black boy, were restricted to an enclosure for a day or so. They were not happy as they had been living in the great outdoors. 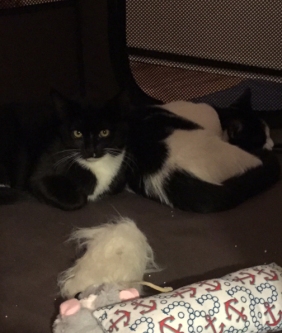 These two crazy pants boy cats were soon ripping around OUR office, knocking stuff off our desk and right down into their water bowl!! (please hover over photos for kitten captions)

I do not have Jessie trapped

They liked to keep an eye on the neighborhood and check out what the neighbor dogs and cats were up to. 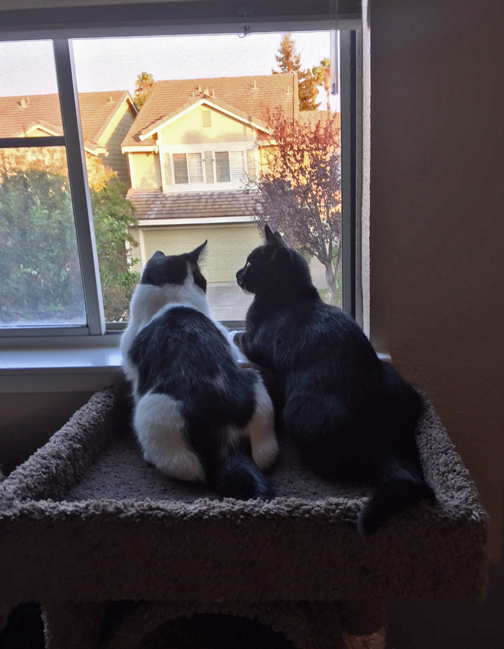 Did you see that Rocky? Yeah Jessie, unreal, huh?

Rocky and Jessie were none too impressed with their first experience at a Petco adoption event.

They had to stay caged for three hours two days in a row. You can see how exhausted they were after such a traumatic experience.

Mom L convinced Dad P that they really ought to bring the sister, gray and white Chloe, to my castle as well so’s they could socialize her even more. Next thing I knew, she showed up! 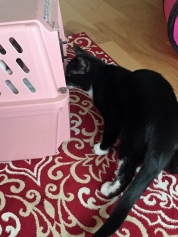 Well hellooooo! Who are you?

So who the heck are YOU buddy? 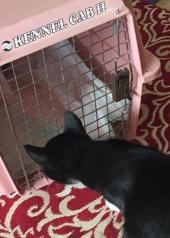 Wanna come out and play?

Chloe wasn’t too sure about her brothers.

Get away from my butt buddy!

It was three weeks since they last saw each other. But soon Rocky Rockstar had her playing with him. I am sure she never thought he would be so bold as to try to share her new fave napping spot on the cat tower. 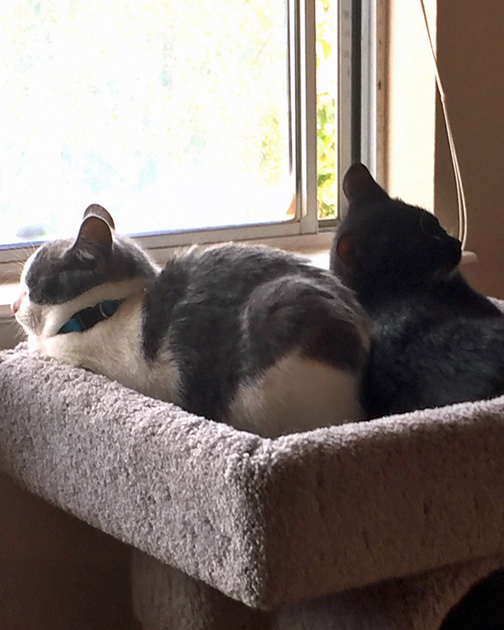 Can you tell what a harummpf Chloe was in with brazen Rocky! And then look at them just a few minutes later. 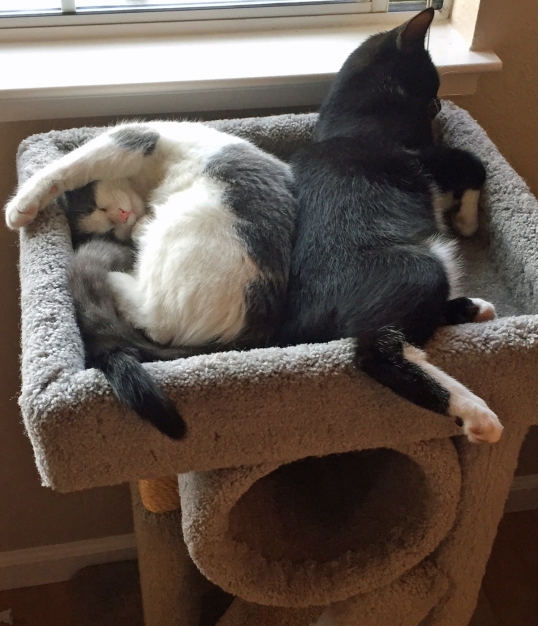 Before long they were all kitten piled in the same cat tower. You can see it was a bit over crowded!!

The weekend adoption events were not gonna be possible any longer because Mom L and Dad P were headed off for a week away. They couldn’t keep the kittens. What to do, what to do??

Kazamm!! Contra Costa Humane Society had enough space in their Kitty Corner for the three siblings to ALL go there. They were to share a special suite with another kitten named Smokey.

They were nervous at first.

Can I go home in your bag? 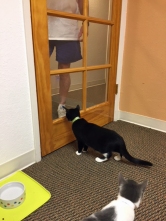 But last we heard, they were hanging out, playing and they had pulled shy Smokey out of her hiding hole and she was right there in the midst of them all!

Paw crossed these three former foster kittens are adopted in a nod and a wink! We have put together a small Adoption To Go kit for each which has brand new versions of their favorite toys from my castle. Here are the photos Kitty Corner used on their website.

Next up is Chloe Cutie Pie.

And the ever suave Jessie da’ Man!

I’ll let ya know when they are adopted.