I am totally sure you all remember those three cute foster kittens we had, right? 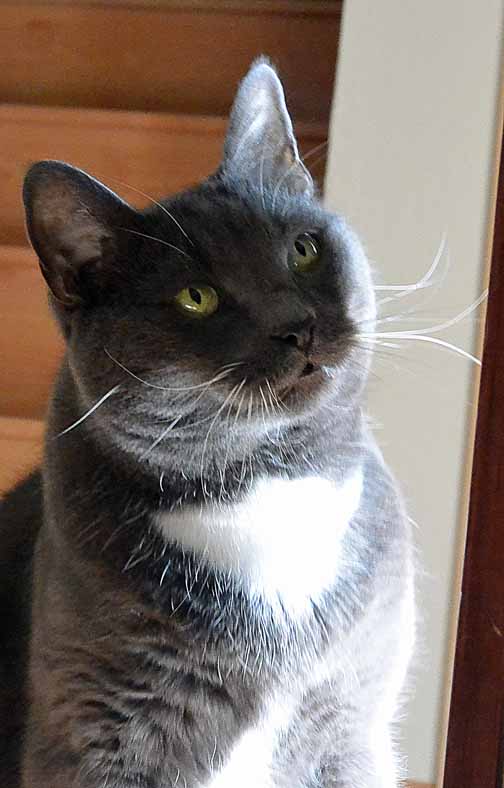 Well I have spent a ton of time asking Ceiling Cat to please help those kittens break outta my former shelter Kitty Corner. Now you know I think Kitty Corner is the best place for any cat to be if it’s lookin’ for a forever family. Heck, I may have waited a whole year, but look what a great family I found! Nonetheless, a shelter is a shelter and not a true home, right?

I cannot keep you in suspense. Chloe and Rocky went to a home together. As soon as the man and woman entered their room at Kitty Corner, Rocky and Chloe moved in on them! They loved their ankles, asked to be pet and in general—made the humans into a bowl of mush! They so wrapped them around their little paws those humans never had a chance!!

Interestingly, Jessie stayed in his cubbie and outta sight. What’s up with that?? Right? More on this later.

So off go Chloe and Rocky together to their delightful forever home. 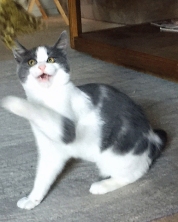 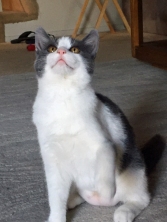 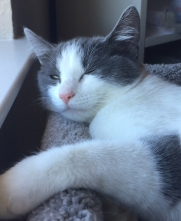 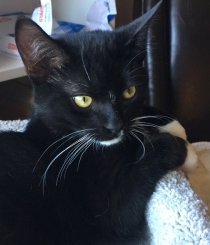 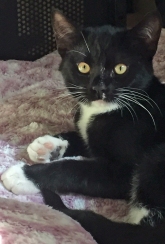 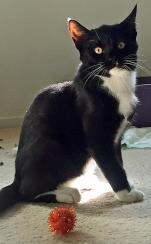 And now for the Happy Tail Ending for precious Jessie. On the very same day, after Jessie rejected first the man and woman who adopted Chloe and Rocky, and then he rejected the next couple, an man and woman with their twenty + year old son—Jessie would not respond at all when the two men tried so very hard to make friends with Jessie. He did love on the woman’s ankles and allow her to give him some pets. But clearly, he wasn’t taken to the two men. So this family moved on to adopt another cat. Mom L and Dad P worried that Jessie was left alone.

BUT—a very nice young woman came in just an hour or so later, and Jessie was ALL OVER HER!!! Jessie finally picked out his forever human!!

Same day, within three hours—all three of our foster kittens were off to their forever homes! How much better does that get?? 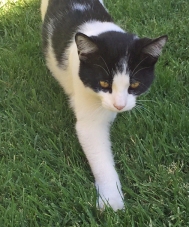 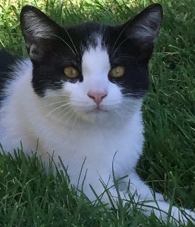 Our three now “former” fosters all together. 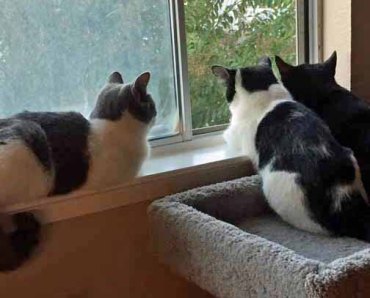 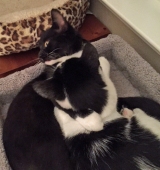 Thank you all for caring about our three kitties.