I have such an exciting story to share with you about six kittens our Project Delta View Cats (PDVC) group helped through targeted TNR (trap, neuter, return) in our city. If you live anywhere there is a “kitten season” in the USA you know that by June time most public shelters are about full up with kittens, in shelter and in foster care.

That happened with two litters one resident had, Miss Jessica, in our PDVC project area in Pittsburg, CA. We were able to get one set of kittens into the municipal shelter but by the time we could catch the mom cat and other kittens from two other litters, the shelter was full. Shelter staff advised we have the resident “foster in place and socialize” and try to get them into the shelter in the Fall/Winter.

That is exactly what Miss Jessica did!! She cared for two gray kittens, and five black and black and white kittens from two mom cats for SEVEN MONTHS!! Miss Jessica has never fostered before and she works full time. But, she did one heck of a great job with these kittens. One of the black and whites was adopted by her friend, but the other six stayed with her, inside and well loved and well fed!

The first two Mom L took to the shelter right after Christmas, one gray and one white with black, have been pulled by a wonderful rescue for their Kitty Corner, Contra Costa Humane Society (CCHS).

The white with black started to chill’ax faster, but the gray kitty turned out to be a lap cat! 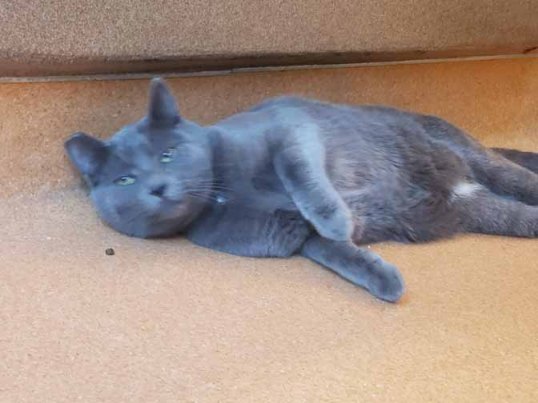 You can see that both became very comfy and that is why CCHS pulled them and they are on their way to forever homes!

The second pair Mom L toke to the shelter on Jan. 2nd. 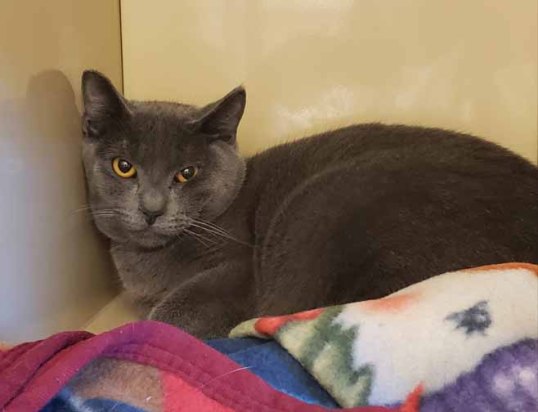 Another gray kitty, with striking amber eyes and a tuxedo. They are still shy but coming around.

The last two were taken in Jan 8 and are still very scared as they were the least socialized of the six. But once the first four were gone, these two started to interact with foster Miss Jessica more easily.

Here are their intake photos at the shelter. Both are female, one tuxedo and one all black. 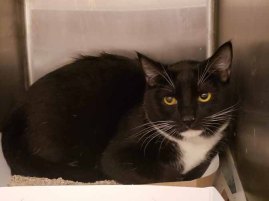 I will keep you posted on the kitties if I can. Targeted TNR works! And people do care and people really ARE THE SOLUTION!!

What do you think about that notion?