Thankful for a Life Saved…

One thing I am starting to get really thankful for is my fluffy pink blankie…the one Mom got for me at an auction.  I am finding it very nice to snuggle in at night…I can bury my nose in it pretty good…Mom thinks I am snoring…HAH!

Alrighty…enough about why I appreciate my pink blankie…

I am going to share a rescue situation…AND I AM NOT ASKING YOU FOR DONATIONS OR ANYTHING!!  How about that!  This is a “done deal” rescue…and I am so proud that my former shelter rescue organization took action without even thinking about cost…they believed if a life could be saved…they would find the resources.

A dog, named Phinneas…Phinny to all his friends…was brought into the local county kill shelter as a stray.  He is a Pittie mix…many local rescues will not pull Pit Bulls or mixes…but my former rescue does…Contra Costa Humane Society (CCHS) . 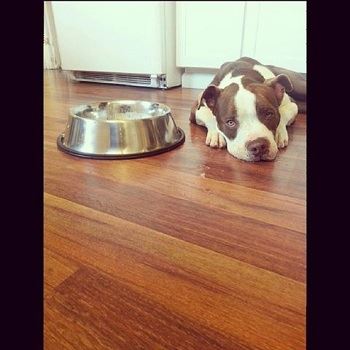 So our Adoption Manager was asked if she wanted to consider this woofie…he is about 1-1 1/2 years old…he was about an hour before being PTS…because his jaw was unable to open hardly at all on the left side.  Phinny could only slurp his food if liquefied so the kill shelter believed he had no quality of life ahead…but Miss Chrissy had a different view…she had Phinneas pulled and sent straight to a vet.

He appeared to have been hit in his face as a young pup with an instrument like a baseball bat.  The bone under his left eye was clearly broken…and he was unable to open his mouth…Phinny could not even give anyone kisses which he clearly longed to do.  So Phinny was taken to some very skilled orthopedic woofie surgeons and they said they thought they could surgically loosen his jaw joint to allow him to eat more normally…but a CT Scan must be performed to be sure…money was going to be needed. 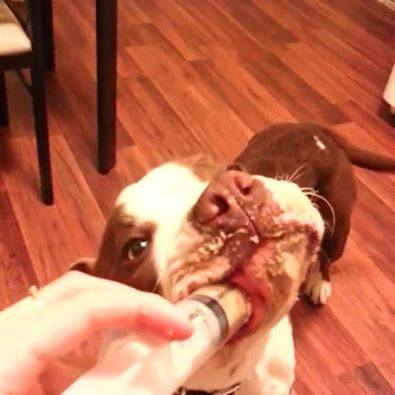 Phinny was being fed with syringe

CCHS went forward…they knew they would find the resources but Phinny could not wait for it to be collected…I shared his story on my FB page and Tweeted about him on September 17th.  CCHS put his story out on their FB page and then launched a major effort to get his situation heard…”Help Phinny Kiss Campaign”.  Many people in our local area heard, read and even saw him on the local CBS TV station…

Meanwhile…Phinny had the CT Scan…paws crossed it would prove that something could be done to release what was believed to be a fused jaw joint…SHOCKING OUTCOME!!

There was NOTHING wrong with Phinny’s jaw joint…see the slightly red area…his joint is just fine…but then see all that bone mass…the broken bone from his eye socket had fused into his jaw…thus keeping him from opening his mouth.  It could be repaired!!

…Phinny before surgery…he is such a happy and loving woofie… 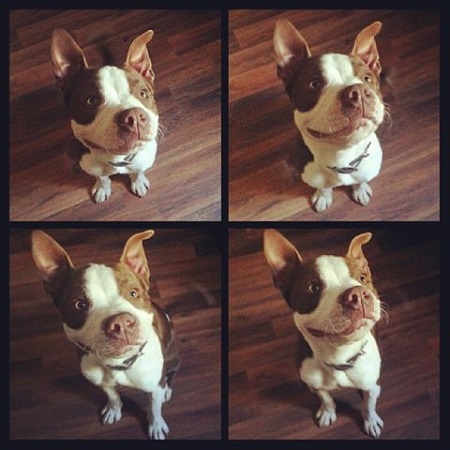 Look at that face!

He so wants to kiss Foster Mom

By now…CCHS had collected almost $12,000 USD!!! The cost of his surgery, thanks to the kindness of Sage Emergency Center in Dublin, CA…was about $2400 USD.  We have no idea how long his recovery will be…but Phinny was able to walk out of the surgery that afternoon…after the procedure…and give his foster Mom his first ever Phinny kisses…you can view the video HERE…it is worth the watch…trust me!

Just hours after surgery…check out Phinny’s new favorite discovery…he has a tongue!!!…and NO! He is not missing an ear…someone should be punished for taking such an awful photo of this handsome boy…but just focus on that tongue hanging out for the first time! 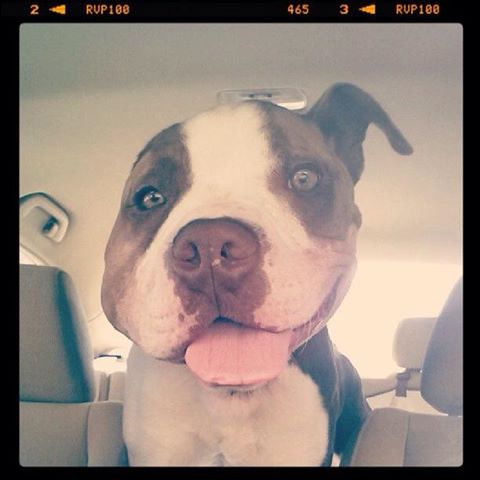 Phinny is chewing up a storm…he will be available for adoption (this list is already very long of possible adopters!) as soon as the doctors say “Ok”…and Phinny will be sponsoring a medical Phinny Fund through CCHS with the excess dollars raised for him…that money will be dedicated to helping any other special need woofies and cats CCHS pulls from the kill shelter.

I hope you have all enjoyed learning about this marvelous rescue story.  Without the conviction of my former shelter, Phinny would not have been saved…CCHS KNEW they could help him…and if not…then he deserved to have love no matter what.  I am proud to be a former resident of CCHS’s Kitty Corner…but for them I also would not be here.

And so I join Pepi Smart Dog’s Thankful Thursday Blog Hop…and we have so much to be thankful for…my former rescue, CCHS, may not be big…we don’t ever win any competitions from Pet Finder and other contests where the rescue has to get votes every day for a bazillion days…we don’t have that many followers on FB to give us the votes…but that doesn’t mean that we don’t have mighty hearts and conviction that even one life saved helps make a difference to those Four Paws we just helped find a better life…here’s to being thankful for all those small rescues who work so very hard on such small budgets…yet make a difference to those they rescue…

45 thoughts on “Thankful for a Life Saved…”